With Islamophobia on the rise in America, we inspect the role that US media has played in framing the perceptions and the opinion of the American public on Islam as a religion and American Muslims as it followers.

Since 9/11, the perceptions have been built, that any event of violence and mass terrorism is an act that can only be associated with Muslims. So when an insane person like Omar Mateen, a 29-year-old security guard who was a follower of  Muslim faith, commits an act of violent shooting on June 12, 2016, in a gay night club in Orlando Florida, killing 50 innocent people, then its termed as terrorism. The family, religion, Muslim community and their place of worship are scrutinized. However if a similar insane person like Stephen Paddock on October 1, 2017, in Mandalay Bay Resort Las Vegas, kills 58 and injures 500 innocent concert participants then its termed as a mental issue. Also, the two events were covered differently. In the case of the Florida shooting, the focus was on the killer whereas, in the case of Vegas shooting, the focus was on the event.

On April 16, 2007, Virginia Tech student Seung-Hui Cho shot 32 people to death on the Blacksburg, Virginia campus, the conclusion was that student had a mental issue. On Dec. 14, 2012, 20-year-old Adam Lanza killed 27 people, including his mother at Sandy Hook Elementary School in Newtown, Connecticut and it was reported as a mental health problem. On Nov. 5, 2017, an armor-clad gunman entered a rural Texas church and opened fire, killing 26 people, this was barely reported in the mainstream media. On the afternoon of Feb. 14, 2018, when 19 years old Nikolas Cruz killed 17 in the Marjory Stoneman Douglas High School in Parkland, Florida, this was termed as a mental health condition. However On Dec. 2, 2015, when Syed Rizwan Farook and his wife Tafsheen Malik killed 14 people in an attack at the Inland Regional Center in San Bernardino, California then it was reported as an act of terrorism and the debate was re-triggered on how then-presidential candidate Donald Trump was right in proposing the ban of Muslims to America.

President Trump was elected to the presidency by exploiting the sentiments of the American people and by framing himself as tough against minorities, Muslims and Islam. When politicians use fear and hate sentiments to drive the votes to their advantage by negatively fueling the public perceptions and fear-mongering tactics, then they are unethically taking advantage of the anchoring bias of public to win votes.

President Obama rightly said in his speech before the elections in Florida during the 2018 midterm elections campaign – “When Truth Doesn’t matter. When people can just lie with abundance. Democracy can’t work.  Voting is the only check America has on dishonesty in Politics.”

Refer to the latest updates from Huffington Post on Donald Trump unfounded claim with his latest Tweet regarding the Prayer rugs found on the Mexico border. This is another attempt to sway the public opinion by fear-mongering to win his vote on the budget to create the Mexico border Wall. Washington Post political analyst Josh Rogin responded on the Twitter “Reporters on the border tell me migrants often carry small heavy rugs to throw over the barbed wire and then dump them when they make it to the U.S. side. Has nothing to do with Islam, Mr. President.” 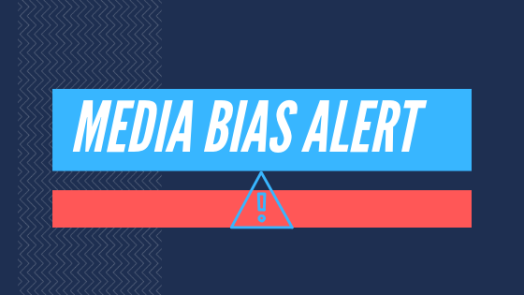 Since 9/11, American media has played its part in building a negative perception about Muslims as sympathizers to terrorism however this is not just a false perception that has been developed, it is also contrary to the statistical evidence which suggests that Muslims in America are a law-abiding and hard-working segment of the population.

There are Muslim sportsman like Shaq O’Neal, Hakeem Olajuwon or Kareem Abdul Jabbar, Media personalities like Fareed Zakaria or Hassan Minhaj, businessmen like Shahid Khan and politicians like Keith Ellison and thousands of other doctors, engineers and Professionals who have contributed to the society and have played their due role in helping build the American society and economy.

In one of the episodes, Sean Hannity of FOX News presented a poll conducted by Center of Security Policy on 600 American Muslims between June 1-10th of 2015, where 25% of those polled supported the use of jihadi violence against the American Citizens and another 11% unsure about it.

So let’s inspect what is “Center of Security policy” and what would be their credibility in conducting this poll? CSP website has an article posted on a free ten-part video course called “The Muslim Brotherhood in America: The Enemy Within. If an organization like CSP is involved in press releases and video courses against Islam and American Muslims then how can their polls about American Muslims sentiments be considered authentic? Obviously, there was a clear conflict of interest and the polls were biased and fabricated so as to sway the public opinion and to create fear and hate in the hearts of fellow Americans against their Muslim friends, neighbors, and coworkers.

Sean Hannity also tried to connect the Malaysian Airline Plane crash in 2014 as an act of terrorism conducted by one of the Muslim countries. During his coverage of MH370 plane crash, he went to an extent of building a conspiracy theory of plane landing in Iran or Pakistan however according to paths and trajectory created by computer simulations performed by independent organizations at that time, there was no evidence to support this theory.

Over the years many media anchors like him have played their part in fueling hate sentiment against American Muslims by framing news to feed the confirmation bias of its paranoid viewers.

The September 11 was a catastrophic event and it played a major part in tarnishing the image of Muslims in the world and American Muslims in particular and in creating an anchoring bias in the minds of Americans that has lingered for over 18 years now.

Also, the existence of crazy organizations like ISIS and Al Qaeda is a reality and the destruction that they have caused around the world in the form of terrorism by killing innocent people has equally contributed in lowering the image of Islam as a peaceful religion. However the Muslim population around the world is equally victim of these acts of terrorism and the overwhelming of those 1.8 Billion Muslims do no justify or support violence against innocent citizens and equally condemn these acts of violence whether they are carried out by Muslims, Jews or Christians. Terrorists have no religion and their religion is violence and terrorism.

What should American Muslims do to fight the Islamophobia?

One thing is for sure is to build their own characters and moral standards to a higher benchmark so that when a Non-Muslim interacts with them at work, school or in a neighborhood then they will receive a more positive perception of Muslims compared to what they learn in the News Media.

American Muslims should participate more in community building and charity work that supports and helps people irrespective of their religion. Volunteer their time in getting involved in neighborhood associations, local area politics and by supporting other minority groups in America.

American Muslim minority does not have the wealth and resources to fight the Islamophobia created by unethical & wealthy politicians or the giant news media organizations however good character and positive deeds do not require money and it can be the most effective ambassador for this peaceful religion and its followers. 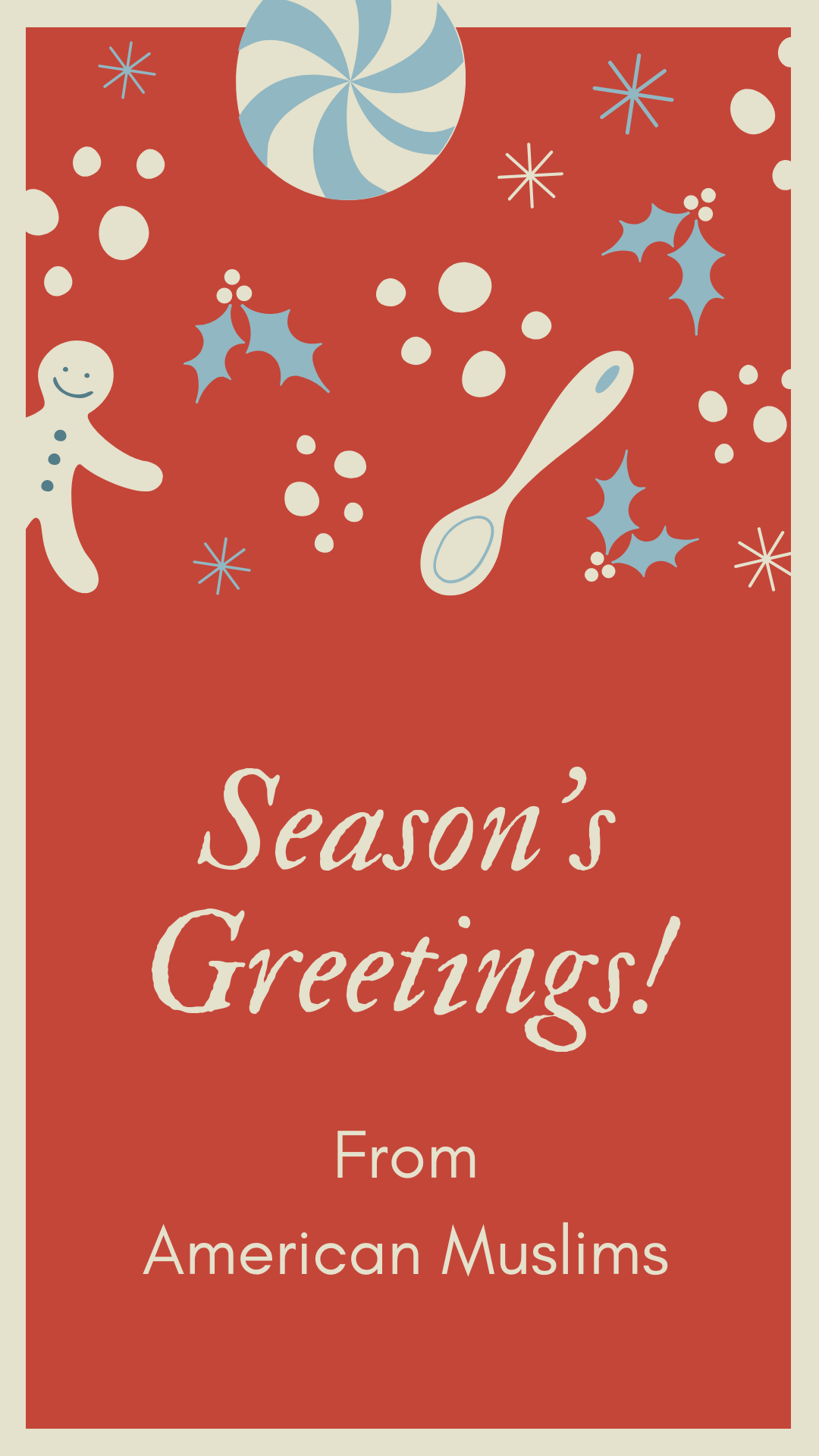